Colonel David Smith graduated from Texas A&M University in 1982 with a bachelor’s degree in Business Management and was commissioned through the Naval Reserve Officer Training Corps (NROTC) program. After attending The Basic School, he proceeded to NAS Pensacola, Florida, for flight training and was designated a Naval Aviator in 1984.

Reporting to MAG-39, Camp Pendleton, California, Smith completed UH-1N helicopter pilot training and was assigned to HMLA-367 until 1990. During this period, he served in numerous squadron Operations, Logistics and Maintenance billets and completed two deployments to Okinawa, Japan and one WESTPAC deployment aboard the USS Tarawa (LHA-1) while attached to HMM-163, 11th MEU (SOC) as a Weapons and Tactics Instructor (WTI).
In 1990, he was reassigned to HMT-303, the Marine Corps’ H-1 helicopter training squadron, as a UH-1N Instructor Pilot, Smith served as the squadron’s Assistant Operations Officer and Director of Safety and Standardization. As the designated NATOPS Evaluator for the H-1 Fleet Replacement Squadron (FRS), he also had the additional responsibility of being the UH/HH-1N Model Manager. He supervised significant updates to the NATOPS manual due to aircraft configuration changes and also to pilot and crew chief emergency procedure checklists. 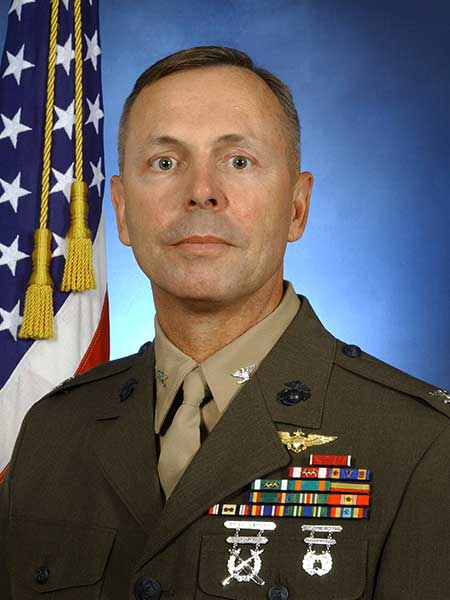 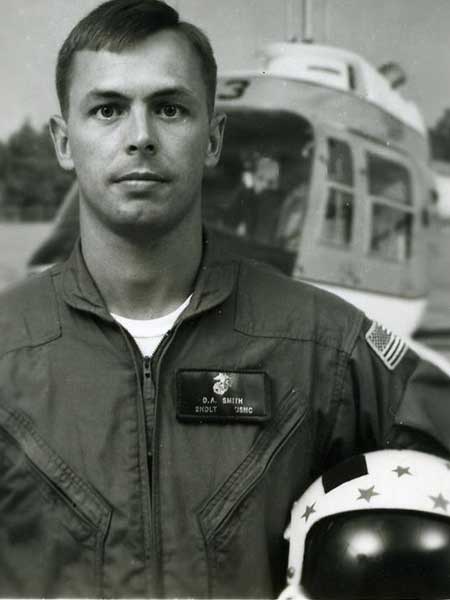 In 1993, Smith returned to HMLA-367 for a second time and served as the squadron Administrative Officer. In 1994 he deployed to Okinawa, Japan, as the HMLA-367 detachment Officer in Charge assigned to HMM-262, 31st MEU(SOC) and sailed aboard the USS Belleau Wood (LHA-3). During this deployment he also participated in the 50th anniversary celebration and remembrance of the Battle of Leyte Gulf in the Philippine Islands. His detachment of UH-1N helicopters provided transportation for SecDef, SecNav and CJCS and also sailed aboard the USS Germantown (LSD-42).

Upon his return to the states, he served as the squadron Aircraft Maintenance Officer. A career highlight during this period included an HMLA-367 squadron deployment in support of Joint Task Force Six (JTF-6) performing counter-narcotics night patrols at multiple locations along the United States and Mexico border region. In 1996 he deployed again with HMLA-367 to Okinawa, Japan.
His next duty station was NAS Patuxent River, Maryland, where he served at the Naval Air Systems Command (NAVAIRSYSCOM) as the UH-1N Deputy Program Manager from 1997 to 2000. He managed a budget of $75 million dollars and was responsible for numerous operational and safety improvements. During this tour, he attended the Defense Systems Management College and became a member of the Acquisition Professional Community certified in the field of Program Management (PM). Additionally, he earned a master’s degree in Business Management from Florida Tech University and also completed the USAF Command and Staff College non-resident program. 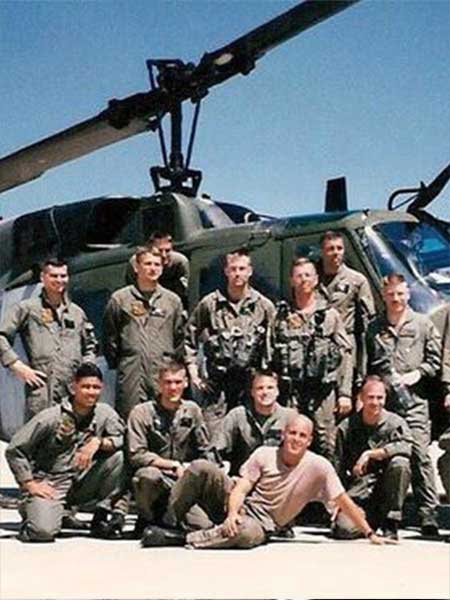 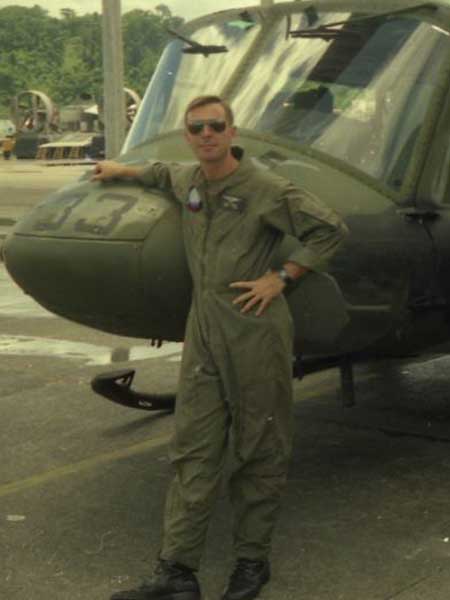 In 2000, he returned to MAG-39 and was subsequently reassigned to HMLA-367 for a third time and served as the squadron Executive Officer. From 2001 to 2003, he served as the 3d Marine Aircraft Wing Future Operations Officer and deployed in support of Operation Iraqi Freedom. While overseas, he served as a Senior Watch Officer in the Tactical Air Command Center and flew more than fifty combat missions with MAG-39 squadrons in support of 1st Marine Expeditionary Force ground units. A career highlight during this combat tour included providing Command & Control support for the 7th Marine Regiment’s night raid and destruction of a terrorist training camp located at Salmon Pak, Iraq.
In 2003, he returned to the Acquisition work force at NAVAIRSYSCOM as the H-1 Upgrades Deputy Program Manager. He managed an annual budget of over $250 million dollars and was responsible for coordinating new UH-1Y and AH-1Z aircraft production, training curriculum and simulation development, and post fielding logistics support planning.
In 2005, he was transferred to MCAS Cherry Point, North Carolina and began serving as the Fleet Readiness Center East Executive Officer. During this period, he achieved Acquisition career field certification in Production, Quality, and Manufacturing (PQM). He also attained certification as a LEAN Six Sigma Green Belt. He served as the FRC East Commanding Officer from May 2007 to June 2009. During this period, FRC East was awarded two Shingo Prizes in 2007 and 2008 for Operational Excellence, earned the Department of Defense 2008 Robert T. Mason award and in 2009 received the North Carolina Award for Excellence. Additionally, FRC East received multiple federal and state environmental stewardship awards.
In June 2009, he was transferred to Orlando, Florida, and served the Program Manager for Marine Corps Training Systems (PM TRASYS). He led a team of 210 acquisition professionals managing approximately $1.4 billion dollars in Simulation and Training projects for Marine Corps and other DoD organizations. During this tour he led the development and fielding of three new Infantry Immersion Trainers (IIT) at Camp Pendleton, Camp Lejeune and MCB Hawaii. This $95 million project was delivered to fleet Marines on-time and within budget. Additionally, he supervised the improvement of the Marine Corps’ Battle Staff training with the fielding of the Combined Arms Command and Control Trainer Upgrade System (CACCTUS) at all major fleet bases.

Colonel Smith flew over 4,600 mishap-free flight hours during his career. His personal decorations include the Legion of Merit, with one gold star, the Meritorious Service Medal, with two gold stars, the Air Medal with combat “V” and Strike Flight numeral 2 and gold star, the Navy and Marine Corps Commendation Medal with two gold stars, and the Navy and Marine Corps Achievement Medal. Other notable decorations include the Presidential Unit Citation, the Navy Unit Citation and the Marine Corps Unit Citation, as well as the Sea Service Deployment ribbon, with silver star, representing a total of six deployments overseas. 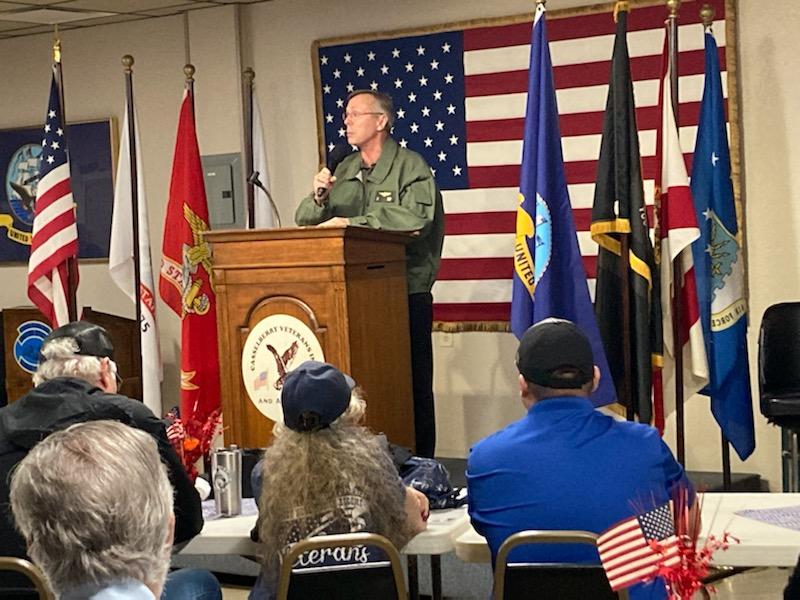